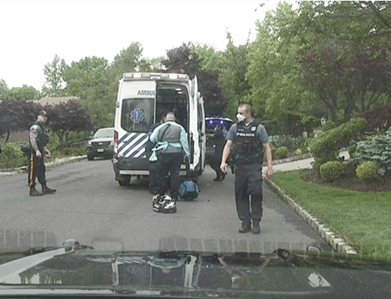 On Friday, May 29th, 2020 at 7:51 am, the Cedar Grove Police received a 911 call reporting a unresponsive male at a Forest Hills Way residence. Upon arrival, police found the male not breathing and going into cardiac arrest. Atlantic Ambulance arrived moments after the officers. Together, police and Atlantic EMT’s immediately initiated CPR, and AED protocols. A LUCAS Chest Compression Device was applied. Chest compressions were performed. The rescuers regained the subjects pulse and continued to assist his breathing. He was subsequently transported to Mountainside Hospital in critical condition. He remains hospitalized however it is reported that his condition has vastly improved and he is expected to recover.

“I am extremely proud of the manner in which all the first responders performed. It was the combined timely effort taken in those first critical minutes that saved this person. The police department now operates two of the mechanical chest compression devices.  The units have been instrumental in saving Cedar Grove lives. I would like to thank the Manager, Mayor and Council for their support by providing these state of art devices to us. ”